Verdicts and Settlements Our Attorneys Have Secured

At Foley Law Firm, we have a long, proud history of success, having amassed millions of dollars in verdicts and settlements on behalf of our clients. Our attorneys have helped thousands of victims and their families achieve peace of mind and restore order to their lives following serious injury accidents. From automobile accident and trucking accident cases to cases involving medical malpractice,  defective products , and  wrongful death, the attorneys at Foley Law Firm have extensive experience, detailed knowledge, and a tireless commitment to presenting the strongest case possible. 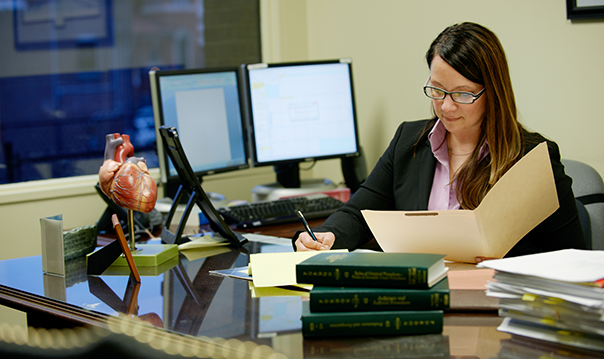 "We have had many other verdicts and settlements which were covered by confidentiality agreements and cannot be published. Attorneys are obligated by ethics rules to note that the facts of each case are different and no lawyer or law firm can guarantee future results." - Foley Law Firm

If you or someone you love has suffered a personal injury due to the negligent or wrongful actions of someone else, it is vital that you consult with an experienced lawyer as soon as possible. It is equally important, however, not to settle on whichever lawyer makes the most attractive promises to you. You must examine the trial and settlement record of the attorney and law firm to ensure that you are entrusting your case to someone capable of promoting your best interests. Foley Law Firm has achieved multiple million dollar verdicts and settlements on behalf of our clients, including the largest jury award in a personal injury case in the history of Monroe County ($10.78 million), as well as the largest jury award in a medical malpractice case in Monroe County ($5.4 million), the only $1 million verdict in Wayne County, the largest automobile collision verdict in Wyoming County ($3.25 million), and the largest settlement in a truck-auto collision in Lackawanna County ($14.25 million).

A settlement for a woman who sustained traumatic brain injury whose automobile was struck head on by a truck in Wyoming County.

In a case spanning 14 years, our personal injury attorneys in Northeastern Pennsylvania won a $10.78 million dollar award on behalf of a man who had been involved in an automobile accident, with the husband sustaining traumatic brain injuries. This is the largest personal injury award of any kind in Monroe County to date.

A settlement of $7.4 million dollars as a result of a physician’s failure to perform a C-section while the mother was in labor for 42 hours.

In 2004, our personal injury attorneys won a $5.4 million award on behalf of the husband and children of a breast cancer victim whose life could have been saved if a biopsy had been timely performed. This is the largest jury award in a medical malpractice case in the history of Monroe County.

$4.5 million confidential settlements (after two weeks of trial) while the jury was deliberating in a malpractice case for a woman who suffered a traumatic brain injury.

A settlement for a woman-passenger who suffered a serious leg injury when her vehicle was struck by a truck.

Motor vehicle collision with disputed liability and damages in which a homemaker, Cindy White, who had pre-existing cervical degenerative changes, sustained herniated cervical discs at two levels, necessitating surgery, which did not relieve all her pain. The result was a $3.25 million verdict, the largest automobile accident verdict in the history of Wyoming County!

Arbitration verdict of $1.8 million on an underinsured motorist claim in which the original driver had only liability coverage of $35,000. The insurance company refused to timely tender its $200,000 coverage. The lawsuit against the original defendant driver is pending.

A $1.2 million dollar settlement was reached for a woman whose face and hands were severely burned in a propane-gas explosion.

After 3 days of trial, a settlement of $800,000 was reached for a man who sustained RSD of his arm as a result of a nurse striking a nerve while drawing blood.

A $750,000 settlement was attained in a propane-gas explosion that caused severe burns to the face and hands of a workman with strong contributory negligence for failure to leave the premises prior to the explosion.

Confidential Settlement of $700,000 during the third day of trial for a woman with terminal cancer who suffered a loss of a leg as a result of failure to diagnose a blood clot.

Motor vehicle collision with strongly disputed liability and damages in which the plaintiff suffered a mild traumatic brain injury, resulting in a jury verdict of $610,000.

Daylight fall on a particle board, which became slippery when it got wet, causing the plaintiff to suffer a trimalleolar fracture of the left ankle. The case resulted in a jury verdict of $416,600, reduced by 40 percent contributory negligence of Mrs. Royce to $249,960.

A $368,000 compromise and release of a complex workers’ compensation benefit claim with future structured settlement payments of $1,000 per month and a fully funded Medicare Set-Aside. The defendant’s carriers had contested the claimant’s ongoing disability and the severity of his ongoing injuries.

An 86-year-old wheelchair-bound guest with dementia was given an overdose of medication, resulting in his death. The result was confidential settlement of $150,000.

To learn more about the verdict and settlement record of Foley Law Firm, or to schedule your initial consultation with one of our personal injury attorneys, please contact Foley Law Firm in Northeastern and Central Pennsylvania today.